In this version of Flatland, we are moving closer to realistic and more complex railway problems. Earlier versions of Flatland introduced you to the concept of restricted transitions, but they were still too simplistic to give us feasible solutions for daily operations. Thus the following changes are coming in the next version to be closer to real railway network challenges:

Below we explain these changes in more detail and how you can play with their parametrization. We appreciate your feedback on the performance and the difficulty on these levels to help us shape the best possible Flatland 2.0 environment.

We are currently working on different new level generators and you can expect that the levels in the submission testing will not all come from just one but rather different level generators to be sure that the controllers can handle any railway specific challenge.

Let’s have a look at the sparse_rail_generator. 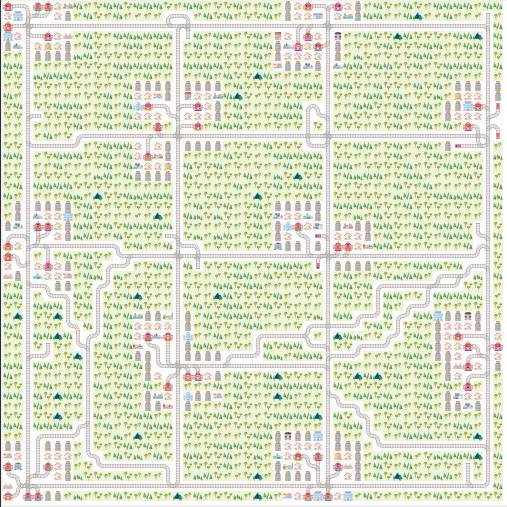 The idea behind the sparse rail generator is to mimic classic railway structures where dense nodes (cities) are sparsely connected to each other and where you have to manage traffic flow between the nodes efficiently. The cities in this level generator are much simplified in comparison to real city networks but it mimics parts of the problems faced in daily operations of any railway company.

There are a few parameters you can tune to build your own map and test different complexity levels of the levels. Warning some combinations of parameters do not go well together and will lead to infeasible level generation. In the worst case, the level generator currently issues a warning when it cannot build the environment according to the parameters provided. This will lead to a crash of the whole env. We are currently working on improvements here and are happy for any suggestions from your side.

To build an environment you instantiate a RailEnv as follows:

You can tune the following parameters in the sparse_rail_generator:

If you run into any bugs with sets of parameters please let us know.

Here is a network with grid_mode=False and the parameters from above. 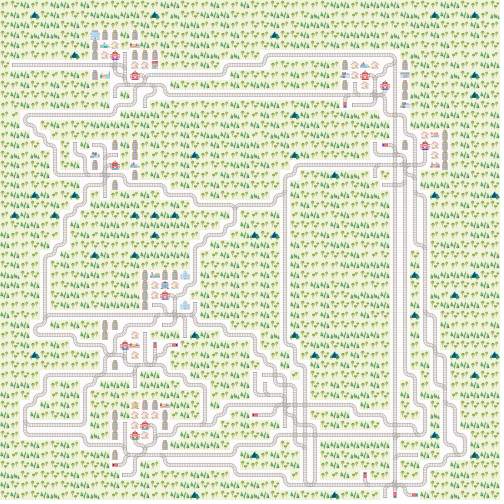 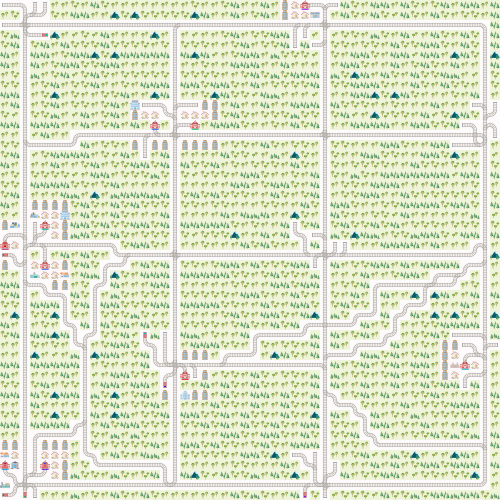 Another area where we improved Flatland 2.0 are stochastic events added during the episodes. This is very common for railway networks where the initial plan usually needs to be rescheduled during operations as minor events such as delayed departure from trainstations, malfunctions on trains or infrastructure or just the weather lead to delayed trains.

We implemted a poisson process to simulate delays by stopping agents at random times for random durations. The parameters necessary for the stochastic events can be provided when creating the environment.

The parameters are as follows:

You can introduce stochasticity by simply creating the env as follows:

In your controller, you can check whether an agent is malfunctioning:

You will quickly realize that this will lead to unforeseen difficulties which means that your controller needs to observe the environment at all times to be able to react to the stochastic events.

One of the main contributions to the complexity of railway network operations stems from the fact that all trains travel at different speeds while sharing a very limited railway network. In Flatland 2.0 this feature will be enabled as well and will lead to much more complex configurations. Here we count on your support if you find bugs or improvements :).

The different speed profiles can be generated using the schedule_generator, where you can actually chose as many different speeds as you like. Keep in mind that the fastest speed is 1 and all slower speeds must be between 1 and 0. For the submission scoring you can assume that there will be no more than 5 speed profiles.

Later versions of Flatland might have varying speeds during episodes. Therefore, we return the agent speeds. Notice that we do not guarantee that the speed will be computed at each step, but if not costly we will return it at each step. In your controller, you can get the agents’ speed from the info returned by step:

Because the different speeds are implemented as fractions the agents ability to perform actions has been updated. We **do not allow actions to change within the cell **. This means that each agent can only chose an action to be taken when entering a cell. This action is then executed when a step to the next cell is valid. For example

In your controller, you can check whether an agent requires an action by checking info:

Notice that info['action_required'][a] does not mean that the action will have an effect: if the next cell is blocked or the agent breaks down, the action cannot be performed and an action will be required again in the next step.

We can then produce RailGenerators by currying:

The environment’s reset takes care of applying the two generators:

To see all the changes in action you can just run the flatland_example_2_0.py file in the examples folder. The file can be found here.